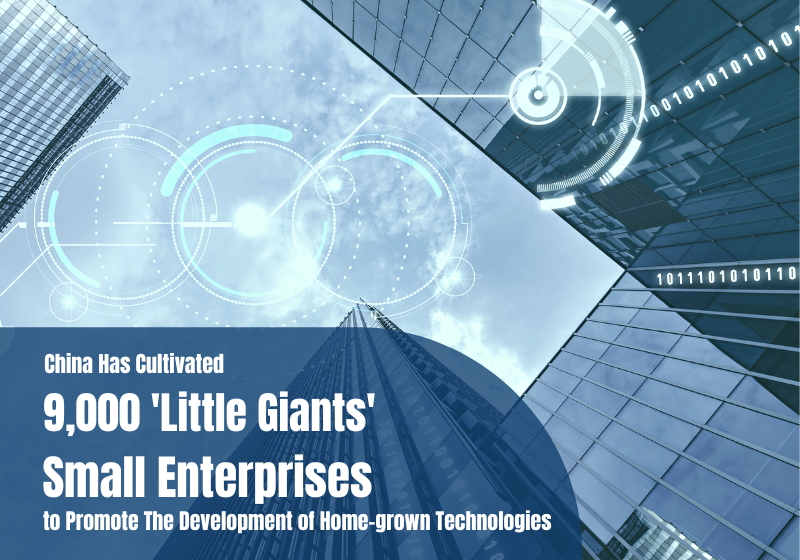 The Chinese government has been committed to accelerating the development of local technology through different approaches, and this trend is becoming increasingly obvious. In recent reports. The fourth batch of more than 4,300 specialized and new 'little giants' have been publicized and will be officially released after completing the identification procedures. To this extent, China has cultivated about 9,000 'little giants' .

The word 'little giant' indicate enterprises that have a smaller scale and are usually little-known, they are normally high-tech companies that provide special products or know-how in strategic sectors such as semiconductors, advanced manufacturing, energy, and key minerals. According to President Xi Jinping, these home enterprises play a more vital role in stabilising supply chains and promoting economic and social development in the future.

In sum, innovation ability and a well-rounded supply chain have proved to play an increasingly essential role in China's economic development. The value of accelerating the growth of these 'little giants' lies not only in the improvement of the whole industry and supply chain but also in the ability to enable China to become a manufacturing powerhouse in the increasingly fierce global competition.